Ok so we’ve all seen a million of these lists but fuck it – I wanna do my own – and you should too, it’s great to reflect on the amazing fictional female role models in our lives.

Let’s get right down to it: 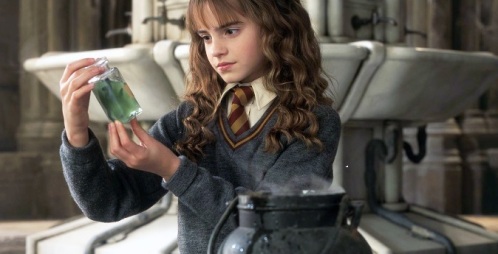 The smartest witch of her age! Motivated beyond belief, a brave and true friend and not afraid to stand up for what she believes in – even if it’s unpopular and no-one else really cares (SPEW much?). Apart from all the amazing adventures and constantly getting Harry and Ron out of their own man-made mess, at her core are values like: freedom, equality, fairness, knowledge, understanding and listening. She’s not afraid to stand up for the little guy (Neville on numerous occasions) and takes a taunting or cold shoulder more than once for simply standing her ground. POA: when Ron thinks Crookshanks has eaten Scabbers springs to mind. Really, JK based Hermione on a school version of herself, which makes me wanna meet this real-life Hermione even more!

Basically my idols growing up. Every Saturday I’d watch and tape Xena Warrior Princess and on Sunday I’d watch it again to re-live the awesomeness of these two chick cruising and fighting their way around Ancient Greece, thwarting many evil war-lords in the process. The combination of brainy and brawny made them a force to be reckoned with and I’m not afraid to admit I spent at least some time trying to use a Frisbee like Xena’s Shakram (complete with vocals) or a broom handle as Gabrielle’s staff, as I fought my imaginary foes around the backyard!

What can I say – the girl genius in (arguably) the most lovable funny family of all time. Like Hermione she’s not afraid to stand up for what she believes in, even when it makes her unpopular. Whilst she stands firm initially on many points (vegetarianism, Buddism etc) her learning curve is always one of empathy and greater understanding and tolerance. And at the end of the day despite their differences, she loves her family unconditionally. Lisa for president!

This one might seem a bit out of the blue (wink) but I had to include her. For those who don’t know Tim Winton’s Blueback, it follows a young boy – Abel – through his transition from boyhood to adult living by the sea with his mother, Dora. Though this is Abel’s story, Dora was the strength he needed. She taught him to swim, introduced to the huge and magnificent blue groper Blueback, fought for the protection of the cove and surrounding sea-life, while raising Abel as a single mother and instilling in him worldly values including: a love of the sea and natural world, respect, empathy, perseverance and strength. If that ain’t a woman to look up to – I don’t know who is.

After a lifetime of trauma and injustice this bad-ass hacker doesn’t let anyone or anything get in her way. Personally I love a little vigilante justice (did anyone else put down the book to punch the air when she dealt with Bjurman?) Knowing the justice system isn’t on her side, she is the epitome of “if you want something done right, do it yourself”. She is also incredibly sexually free despite past experiences and looks out for those close to her (few as they are). It’s a great series and the struggles and strength of women are at the forefront throughout.

So who makes your list? Which characters surprised you and why?

Feminist millennial looking to make a difference! View all posts by Carly